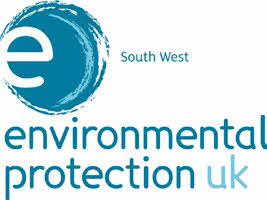 Following his initial win, Richard was invited back down to UWE Bristol to officially receive his title and to present his early research findings at a conference entitled ‘Healing the rift: health effects of air quality and noise’. The conference was held in October and featured Robert Vaughan, Team Leader National and Local Air Quality, Defra as the keynote speaker.

To win his title Richard presented and was judged on his dissertation topic; ‘Testing thermodynamic performance of urban surface typologies’ was judged the overall winner after presenting to a panel of judges.

Richard was among seven short listed applicants, all who submitted a 500 word abstract on their proposed dissertation research. All those short listed received a one year subscription to Environmental Protection UK’s new online resource - Pollution Control Online - and a one year’s membership to the charity.

Richard said: “My project involves taking thermal images of different urban surface types across Chelmsford to analyse how effective they are at dissipating heat and, in theory, cooling a city and providing adaptation to climate change.”

“The presentation day was a fantastic opportunity to network with professionals in the judging panel and likeminded people. It was incredibly satisfying to see that young people are taking such a keen interest in research and it was great to learn about their work through the presentations. I would recommend the competition to any student dong research on an aspect of air quality, noise, contaminated land, climate change or other environmental issue relevant to EPUK.”

History of the competition

In 2005 the National Society for Clean Air South West Division (now Environmental Protection UK South West Division) held a day to showcase student research projects on air quality management by students at the University of the West of England (UWE). In 2006 and 2007 this special day was opened up to postgraduate students at educational institutions throughout the South West and the subject area widened to include all environmental issues within the Society’s remit. Last year the competition was opened up to students from anywhere in the UK and attracted a wide range of entries.