Ash dieback disease having a 'significant' impact on our countryside 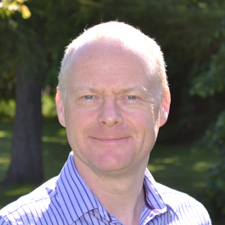 Writtle College Conservation lecturer Alan Roscoe was interviewed on BBC Essex this morning about ash dieback disease and the impact on the countryside.

The feature was part of the BBC Summer of UK Wildlife coverage, which saw BBC Essex broadcast from the Essex Wildlife Trust site Fingringhoe Wick.

Alan said: “This disease is quite a worry and it is very significant. Once it starts spreading there is very little you can do to stop it; there is no cure. You can’t eradicate it.

“We had plant nurseries importing trees with the disease, which is an issue in itself, and spores of the fungus blowing across the English Channel. However, we now have cases of secondary fungal infection, which means that the fungus has overwintered in 2012/13 and is now releasing spores, so it is embedded in the countryside and is here to stay.”

Alan said the biggest threat to trees was not climate change but pathogens like Chalara - and in Denmark around 90% of ash trees have been lost to the disease. He said the native elm population in Essex had still not recovered from Dutch elm disease in the 1970s and there were still very few native elm specimens left.