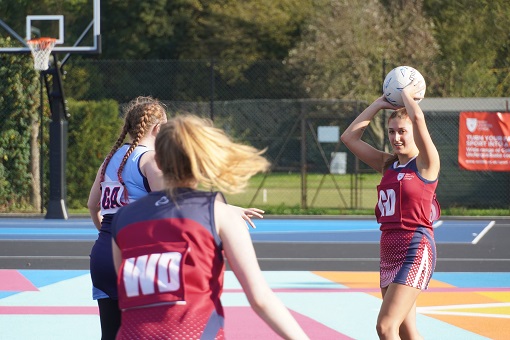 Writtle University College's women's netball team is celebrating success. They enjoyed an undefeated season and topped their league (in the South East Region) in British University and College Sport (BUCS).

BUCS has been at the forefront of UK University sport for more than 100 years. It offers physical education opportunities and works with member institutions to help students get active.

The EY Netball Programme is fiercely competitive, with dozens of teams battling for top position. Over 400 teams compete in leagues and knockouts.

The Writtle University College team scored a staggering 296 times with an impressive 184 goal difference - showing the number of goals scored, in contrast to the number conceded.

Coach Amy Grimsey is also the University College's Sport Development & Engagement Manager. She said: "I am so proud of the hard work and dedication the girls have shown - not only those that have played in the matches, but those that attend training and helped behind the scenes as well. This was a team effort and to win the league is one thing, but to do it undefeated is an amazing achievement.

"The girls have been a pleasure to coach and I hope that this encourages more girls to play netball at Writtle. Bring on next season!"

Co-Captain Abi said: "I have loved worked as part of the netball team this year, it's been an amazing season". Co-Captain Holly said: "It's been a great way meet new people and stay fit. Our hard work has paid off as we have gone undefeated".