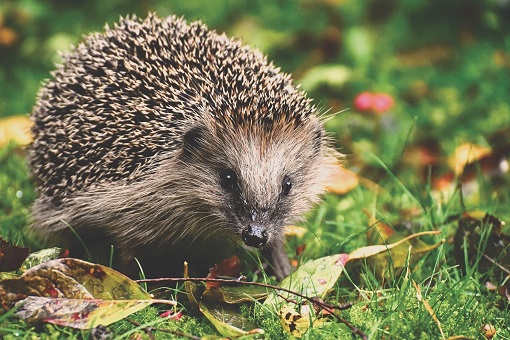 The lecturers, who are part of the Department of Animal Science, have reported that breeding rescued wild hedgehogs in captivity for release back into the wild is not a good plan for hedgehog conservation in the UK at this time.

The 'Joint Statement on Captive Breeding of Hedgehogs in Response to Population Decline' was written for the British Wildlife Rehabilitation Council (of which Terri is the Chair of Trustees) and has been co-signed by a number of larger stakeholder organisations in the fields of conservation, wildlife rehabilitation and veterinary science including the British Hedgehog Preservation Society, the People's Trust for Endangered Species, the RSPCA and the British Veterinary Zoological Society (BVZS) as well as several wildlife rescue charities.

Last year, the UK hedgehog population was reported to have declined by nearly 50% in the previous thirteen years. Hedgehogs were classified as 'vulnerable' to extinction on a new Red List for Britain's Mammals. This and other reports, stimulated discussion amongst hedgehog rehabilitators about the idea of breeding for release to boost wild hedgehog numbers.

BWRC investigated the recommendation with a view to providing expert advice to interested parties, as part of the organisation's role as an educational charity set up to promote the welfare of wildlife casualties through providing education and training opportunities for wildlife rehabilitators.

Terri consulted her colleague Angela in the Department of Animal Science at WUC, who is an expert in animal breeding and genetics for technical advice. Experts from BVZS and BHPS also contributed to the statement.

The resulting primary message states that there would be no benefit to breeding wild hedgehogs for release as the problems that are causing hedgehog decline - about which we still know relatively little - have not been solved.

Other reasons include likely negative effects on the fitness for survival of generations of hedgehogs bred from rescued animals, and also the welfare implications for hedgehogs kept in captivity as breeding stock. In addition, it is not known what effects releasing captive bred animals might have on the remaining wild populations.

Efforts to help Britain's hedgehog population therefore need to focus on measures to make the environment more hedgehog friendly - such as including hedgehog friendly design into new housing and transport infrastructure, changes to farming practices for the benefit of wildlife, and schemes such as the Hedgehog Friendly Campus Scheme (HFCS).

WUC is a member of the HFSC and has over thirty student ambassadors. To learn more about WUC's Hedgehog Friendly Campus, click here: https://writtle.ac.uk/pge_PressRelease.cfm?ID=21709

The Mammal Society's 'Red List for Britain's Mammals' is available from https://www.mammal.org.uk/science-research/red-list/