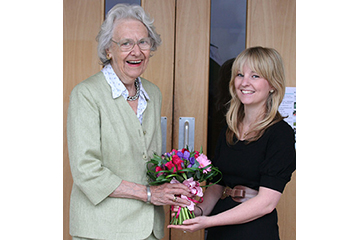 Writtle College Principal Dr Stephen Waite said: “We would like to offer our condolences to the family of Baroness Platt of Writtle following her death at the age of 91.

“Baroness Platt was an inspiration to those wanting to study engineering and mechanisation, a strong advocate for women’s education and a Writtle resident. It was for these reasons that we named one of our engineering buildings after her. A regular visitor to the College, particularly in the 1980s, she most recently visited us in 2010 when she met with my predecessor and was presented with a bouquet made by one of our Professional Floristry degree students. The Baroness Platt Building will be a legacy of her links to the College and the village, as well as the values she championed.”